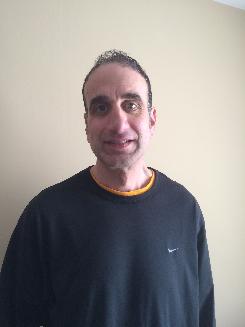 Greg have been with FDU since 1990 as the Manager of the Accounts Payable Department but his first job was actually in sports broadcasting as he did the public address announcing for his town little leagues games at the age of 12, making a hefty $2 a game.

His real passion is and always has been sports, whether it is playing, watching or attending sporting events. He played high school soccer and earned all-league honors in tennis and bowling and even became his elementary school ping-pong champion. He is a former season ticket holder for the Mets and Jets and has been to many historic sports landmarks including Churchill Downs and Fenway Park, and has played golf at Pebble beach and Torrey Pines.

He grew up in northern New Jersey and enjoyed listening to Marv Albert doing play by play for the Knicks and Rangers. He tends to like the older generations sports broadcasters like Jim Nance and Al Michaels but also like some of the younger guys like Kevin Burkhardt.

He earned an undergraduate degree from Rutgers in 1984 and an MBA from FDU in 2003.

So, doing the one-hour Rock and Roll Sports show seemed to be a perfect match for his knowledge and opinions of current and past sports topics, and yes, he mixes in some classic Rock and Roll for your listening pleasure.